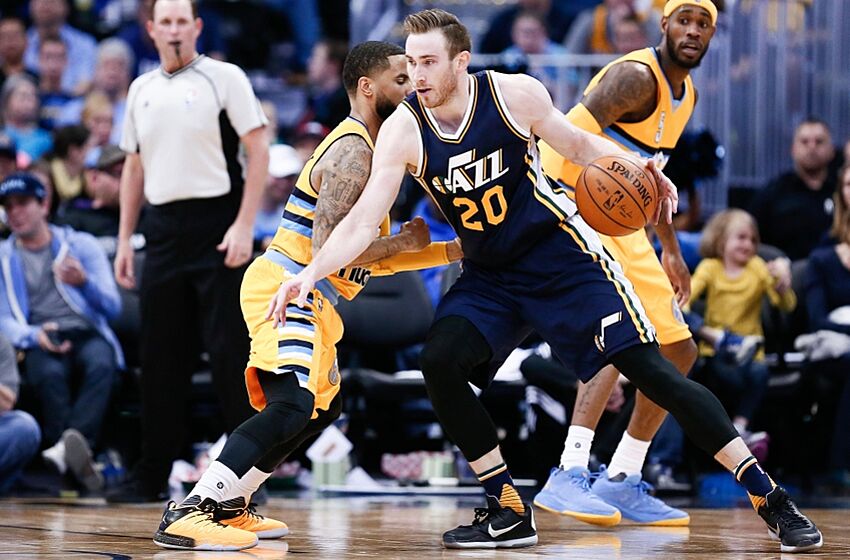 Gordon Hayward made history earlier this month by becoming the first NBA player to sign an eSports endorsement deal.

When thinking of athletes with big endorsements, Gordon Hayward of the Utah Jazz is not likely one of the first to come to mind. I mean, yeah he does those Bailey’s Moving & Storage commercials, but we aren’t exactly talking big time there.

Nevertheless, last month Hayward made a breakthrough by becoming the first NBA player to sign an eSports endorsement deal with HyperX (eSports means electronic sports or video gaming, for those who didn’t know).

While HyperX is known for several gamer accessories such as memory modules, solid-state drives and USB flash drives, Hayward will mostly be representing their headsets which are tailored to provide the best possible video game experience. Not only will he be using them for gaming, but Hayward also will reportedly be sporting HyperX headsets in the locker room and on his way to games.

Just got a workout in so now it's time for some games. Proud to be part of the @HyperX family! https://t.co/UW6d7Kb8BW

Hayward has never been shy about his love for video games, so in that regard it is a perfect fit. In 2014, the Jazz forward caught some eyes with a hilarious blog post entitled The Best in the Game in which he described how easily he could defeat the likes of LeBron James, Kevin Durant and others, only to reveal at the end that he was referring to doing so in a game of League of Legends.

“Video games have always been an escape for me. Above anything else they’re just really fun and a great way to connect with others online and be competitive.” – Gordon Hayward

HyperX clearly saw Hayward as a perfect bridge between the world of professional athletes and the realm of eSports. Their director of corporate marketing, Daniel Kelley, put it this way:

“A lot of professional athletes are gamers; some are casual and are some are more into it. Gordon has a unique story. He’s a regular proponent and advocate for eSports and gaming. He’s the epitome of who we’re looking for. He has the respect of the NBA scene and the eSports scene, and a passion for eSports overall.”

While Hayward appears to be a great fit for such an endorsement, some might question the effectiveness of pairing a professional basketball player with an industry that hasn’t often been associated with athletics. However, the perception that Hayward is simply the exception to the rule might not be quite accurate.

#E3 was a blast! Thanks to @Ubisoft for helping us out.. Got to preview some games and man.. can't wait until they hit shelves

Several other players, including those playing for the Jazz, fill their social media with ravings about FIFA, NBA 2K and other video games. So while Hayward’s eSports endorsement might be a breakthrough, he could very well be setting a trend rather than simply acting as an outlier.

Regardless of your opinion on eSports in general, HyperX as a company or the endorsement itself, it’s still pretty cool to see Jazzman Gordon Hayward getting some love from an industry that’s so in line with a huge passion of his.

The fact that a Utah Jazz player is the first to get an endorsement in any category is pretty unique and anything that helps grow Hayward’s image and popularity can only be a plus for him and the Jazz.

And if we’re lucky, somehow his excitement from this endorsement will translate into improved performance on the court. We can hope, right?